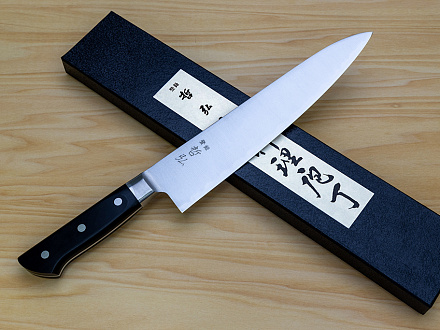 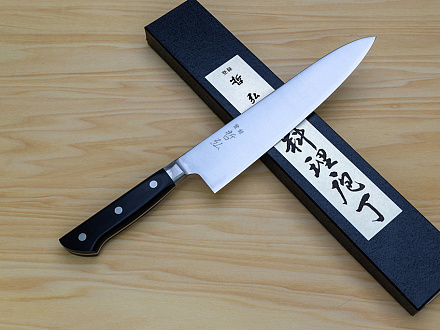 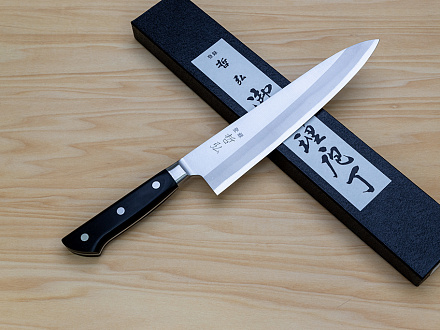 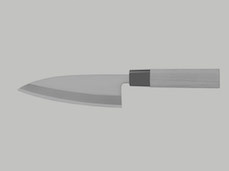 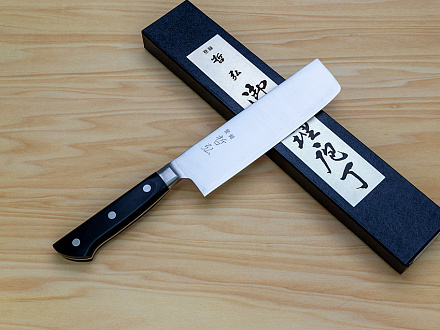 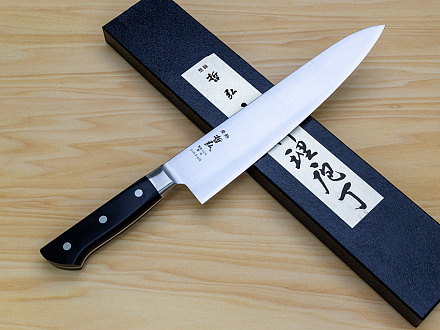 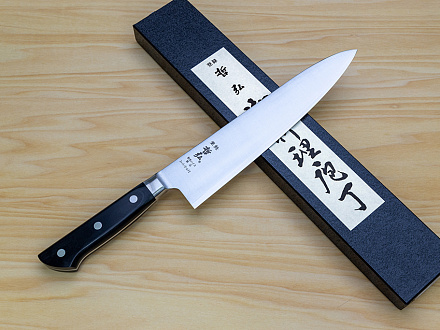 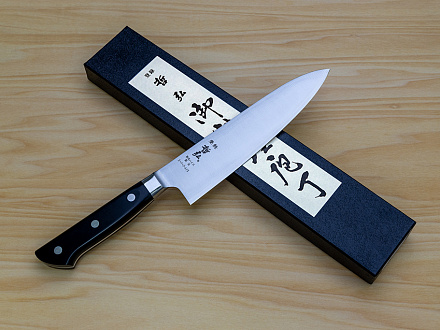 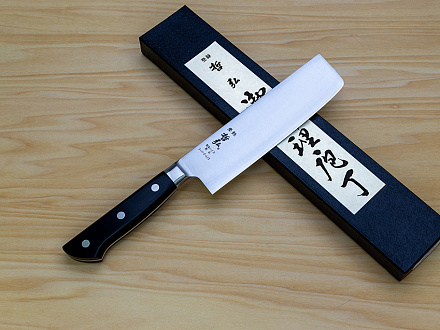 Quick View Not Available
Add to Wishlist
Tetsuhiro Blue Super Petty knife 150mm (6") Black paper micarta
The blade shape and high carbon Blue Super steel will guarantee an excellent cutting ability and high sharpness for a long time. The blade corrosion resistance a quite high but it is better to wipe it to dry after use (core steel is not stainless).
101 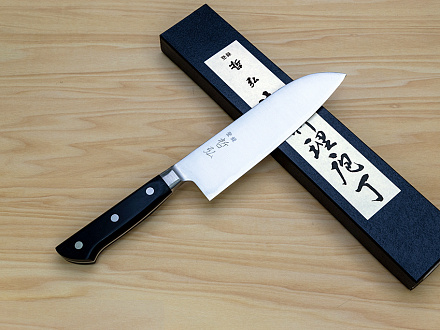 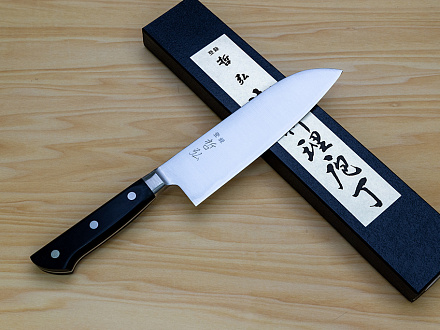 In the late Edo period, was founded Yoshiyo Knife company where Tetsuo Kiryu became a disciple. Then he founded independently as Kiryu Seisakusho Company with the brand name of Tetsuhiro(Tetsuhiro Knives) in 1945.

Initially, it was a blacksmith who specialized in deba and sashimi knives, eventually worked on hatchets, etc. This company was known as a luxury brand in the local area, and was able to mass-produce with many disciples.

As a result, he closed the blacksmith and made replaced many of the spring hammers and blacksmithing equipment he owned at the time with mass-produced machines such as presses.

Kiryu Seisakusho Company succeed in mass production of stainless steel knives for the first time in the Niigata production area of Japan.